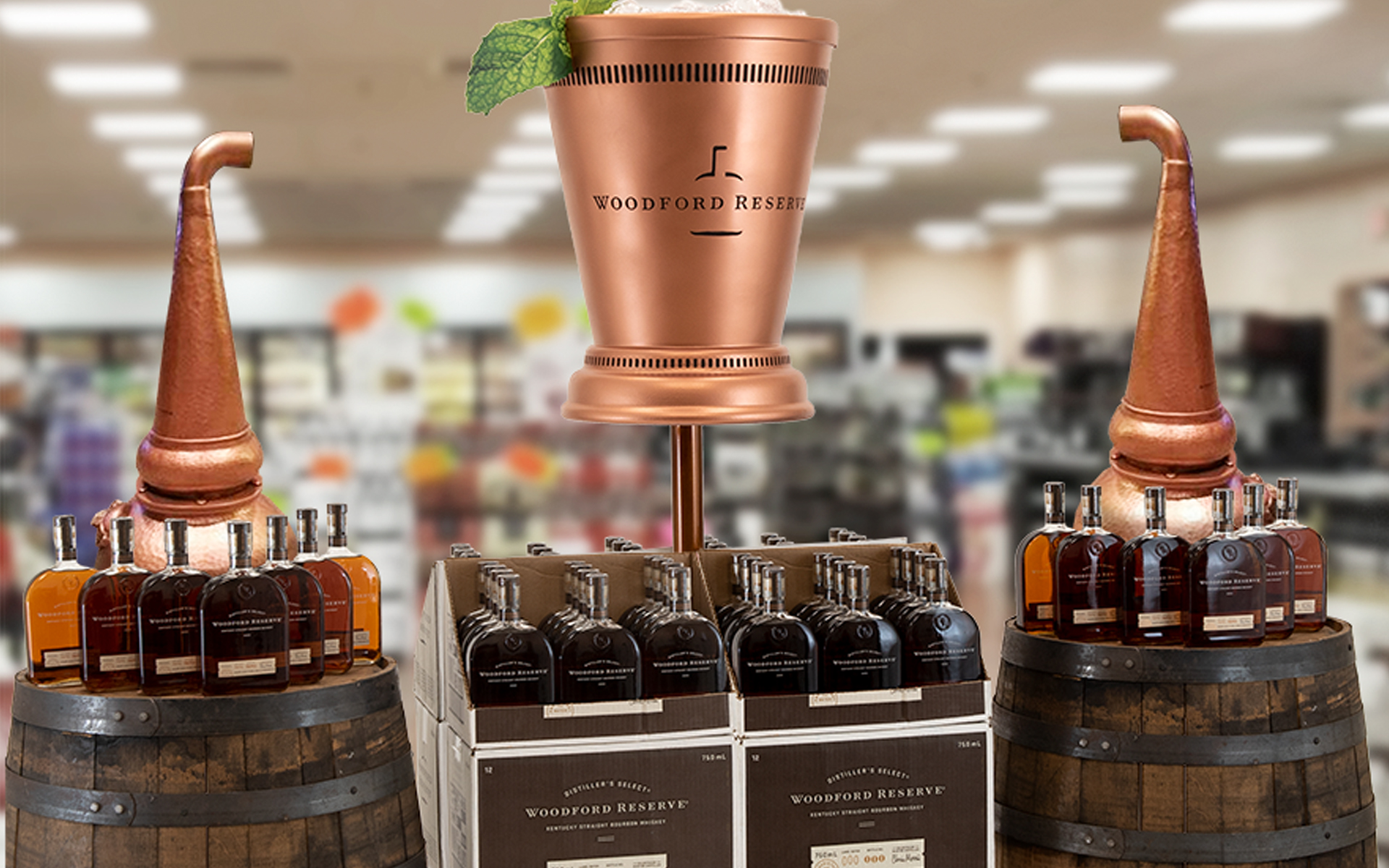 As retail theater becomes more and more the “Rule of thumb” when it comes to trendy merchandising, spirits marketing has led the charge in this category. Woodford Reserve wanted to encapsulate on the iconic Mint Julep cocktail that is synonymous with the Kentucky Derby.

This piece needed to create a theatrical environment that spoke to consumers all over the country, but particularly to the Midwest and Kentucky region for those who purchase Woodford Reserve as their bourbon of choice for their Kentucky Derby festivities. Much like decorative windows or a theater stage, numerous props were chosen so that retailers could build their own environment that was best suitable for their store, their consumers and their promotions.

As the popularity of Derby Day has increasingly grown, consumers throughout the country dress up and invite friends over and prepare Mint Juleps for what has been dubbed as “The most exciting two minutes in sports.” Woodford Reserve is considered one of the super-premium bourbons in the marketplace and has a well-established customer base. It is often considered by new bourbon drinkers entering the category, but most importantly they wanted to create a fun environment so that they would consider Derby Day festivities surrounded by Woodford Reserve and the Mint Julep.

Previous Back To Portfolio Next

Ok, you asked for it!

Prepare to be blown away!

Give us some info & we’ll get started!

Get ready to win some awards!

Ok, you asked for it!

Prepare to be blown away!

Give us some info & we’ll get started!

Get ready to win some awards!